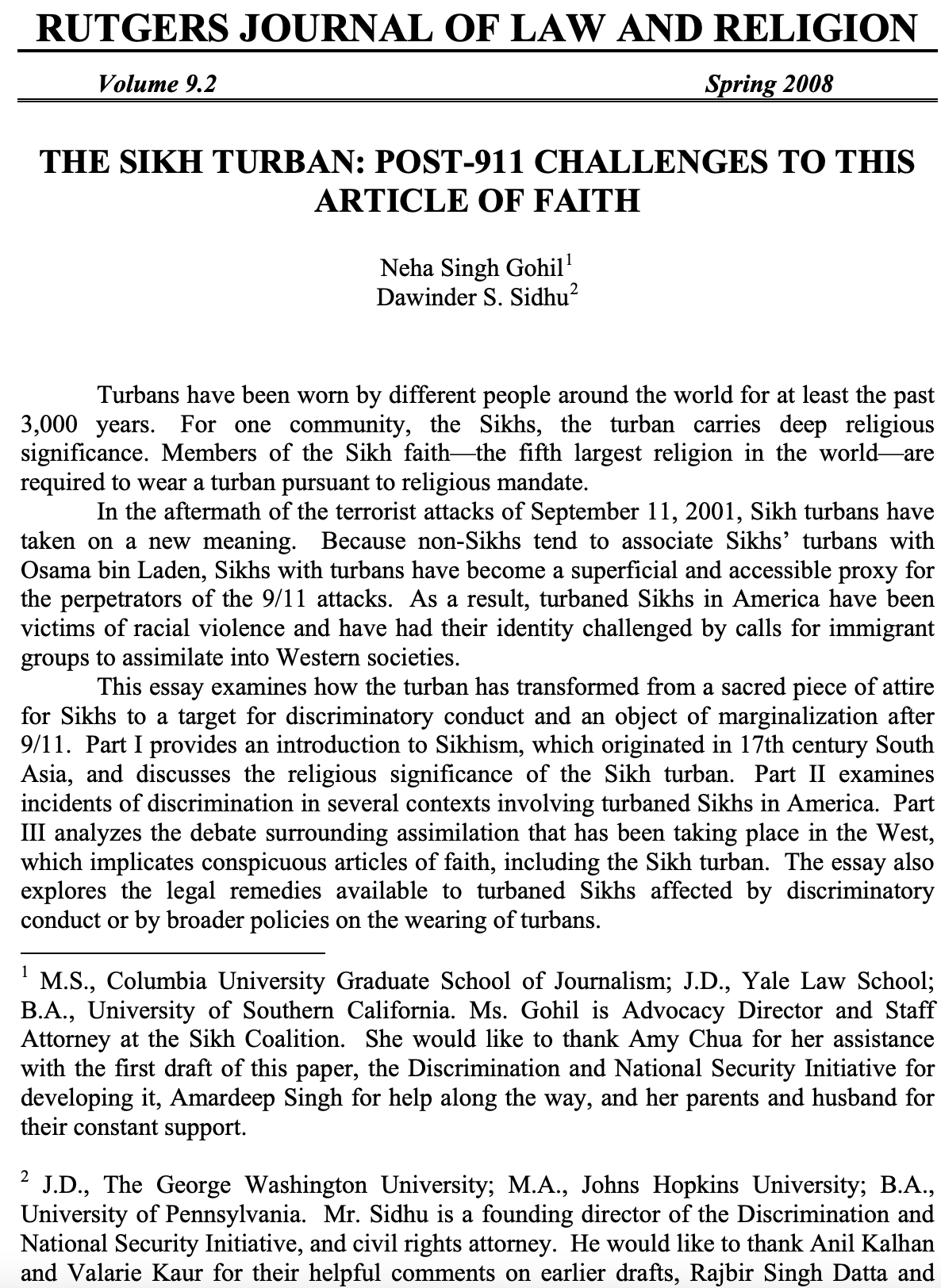 Turbans have been worn by different people around the world for at least the past 3,000 years. For one community, the Sikhs, the turban carries deep religious significance. Members of the Sikh faith—the fifth largest religion in the world—are required to wear a turban pursuant to religious mandate. In the aftermath of the terrorist attacks of September 11, 2001, Sikh turbans have taken on a new meaning. Because non-Sikhs tend to associate Sikhs’ turbans with Osama bin Laden, Sikhs with turbans have become a superficial and accessible proxy for the perpetrators of the 9/11 attacks. As a result, turbaned Sikhs in America have been victims of racial violence and have had their identity challenged by calls for immigrant groups to assimilate into Western societies.

This essay examines how the turban has transformed from a sacred piece of attire for Sikhs to a target for discriminatory conduct and an object of marginalization after 9/11. Part I provides an introduction to Sikhism, which originated in 17th century South Asia, and discusses the religious significance of the Sikh turban. Part II examines incidents of discrimination in several contexts involving turbaned Sikhs in America. Part III analyzes the debate surrounding assimilation that has been taking place in the West, which implicates conspicuous articles of faith, including the Sikh turban. The essay also explores the legal remedies available to turbaned Sikhs affected by discriminatory conduct or by broader policies on the wearing of turbans.