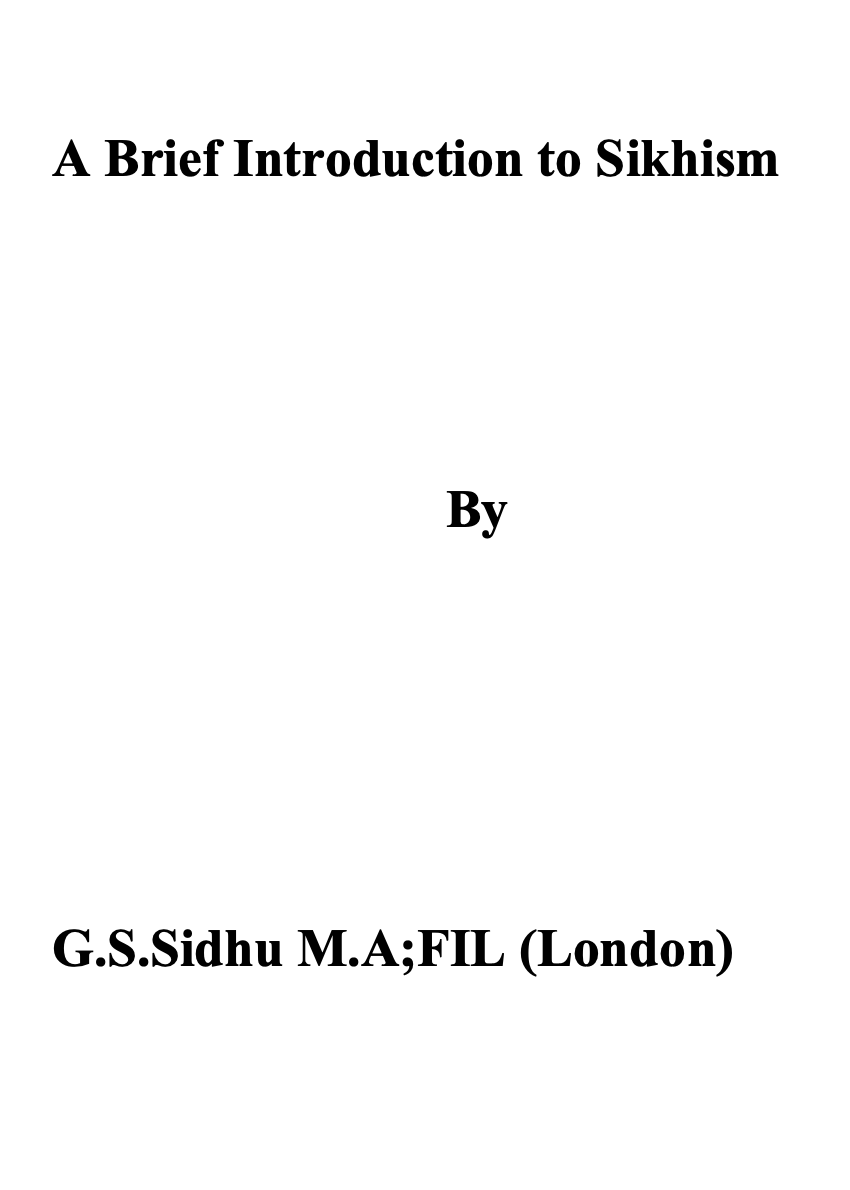 With perhaps 22 to 25 million adherents, Sikhism is one of the five largest religions in the world. Also nearly 10 percent of the Sikhs live outside India, the land where the religion took root and flourished 500 years ago. Sizable communities of Sikhs have existed in Singapore and adjoining lands for over 150 years and in the United Kingdom and North America for over a century. Yet the oft-heard lament is how little our neighbors know of our religion and its very rich tradition. This reality becomes even more poignant when we see how uninformed of their own roots are the second and third generation of Sikhs that are going up in this worldwide diaspora.

In the meantime, the world has shrunk to a global village. We coexist with a variety of non-Sikh neighbors. We, and our neighbors, need to learn from and about each other. Non-Sikhs are curious about us and Sikhs too need to discover the history and meaning that underlie the magic and mystery of their religious beliefs and practices. These are two very fundamental and interrelated issues.

By this small book Nottingham-based Gurbachan Singh Sidhu has very ably stepped up to the plate to fill this void. He has taken up questions that we are asked every day by young Sikhs of the diaspora as well as by our non-Sikh neighbors – questions that one would normally expect to be dealt with in a sentence or two in a catechism. They span the gamut from “Are there any food restrictions and what is the place of women in Sikhism to esoteric and challenging questions like what is the reality of the universe or of the human soul, and do Sikhs believe in transmigration?”

Mr. G.S. Sidhu has done ample justice to his inquiries by the copious citations from the Guru Granth. His book, though not encyclopedic, is therefore, much, much more than a simple catechism, and considerably more user friendly than an encyclopedia. Written in a very easy to read style, this small book is indeed a labor of love and an extremely useful resource on the very modern and relatively young tradition of the Sikhs. It should find much appreciation in interfaith communication.