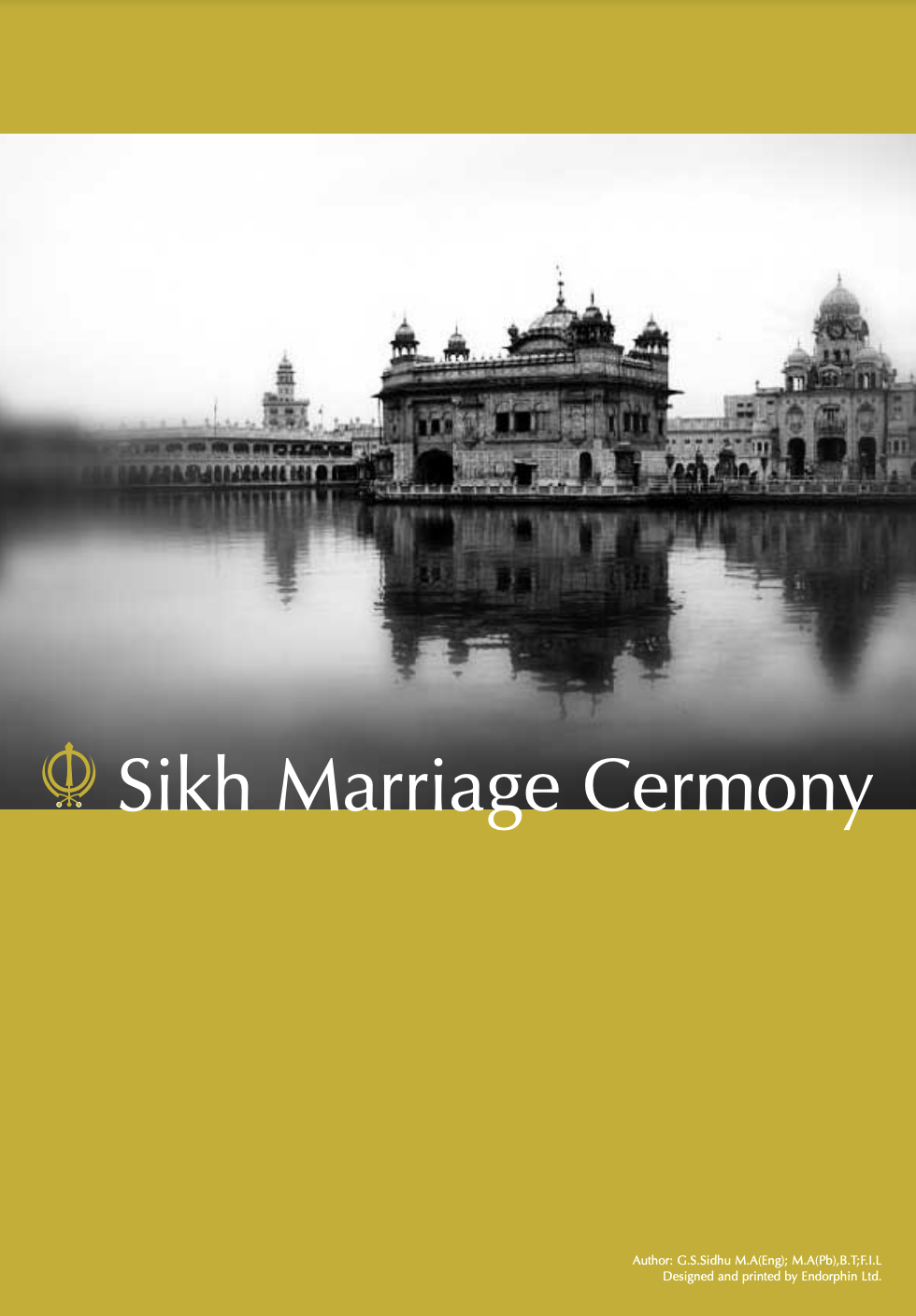 According to Sikhism the goal of human life is the union of the individual with God. This is described in the Sikh scriptures as spiritual “marriage”. Another equally significant feature of Sikhism is that God-realisation is said to be easier achieved by living a family life. Emphasis on the family life is so strong that a woman has been described as “The Conscience of Man”. No wonder therefore, the Sikhs believe that marriage is not only an advancement of the human race but also a spiritual experience deserving careful understanding. It was Guru Amar Das, the third Guru of the Sikhs, who explained the aforesaid spiritual union allegorically by saying that, “The husband and wife are always close to each other, separated only by their ego”. He made this analogy the basis of the Sikh marriage and declared that the fulfilment of a marriage consists in spiritual unity to weed out the ego with the joint effort.

It was he who formally broke away from the Hindu tradition of marriage in 1552 and institutionalised the Sikh marriage which came to be performed amidst the singing of hymns to God rather that to the goddess of fire. He called it 'Anand Karaj' (The Ceremony of Bliss).

Later Guru Ram Das, the fourth Guru of the Sikhs, elaborated the idea by composing four hymns which he named 'Lava' and called upon his followers to sing them on the occasion of marriage. The word 'Lava' literally means 'to unite'. Symbolically a Sikh marriage is an attempt at uniting the individual soul to the Universal Soul. It is this reason that is Sikh parlance a wife came to be known as 'Ardhangi' (one half) who is as incomplete as a man unless both are united to the other half. Guru Ram Das wrote,

Anand Karaj, as the Sikh marriage came to be known, was formally legalised by the British Government in 1909 by passing the Anand Karaj Act.