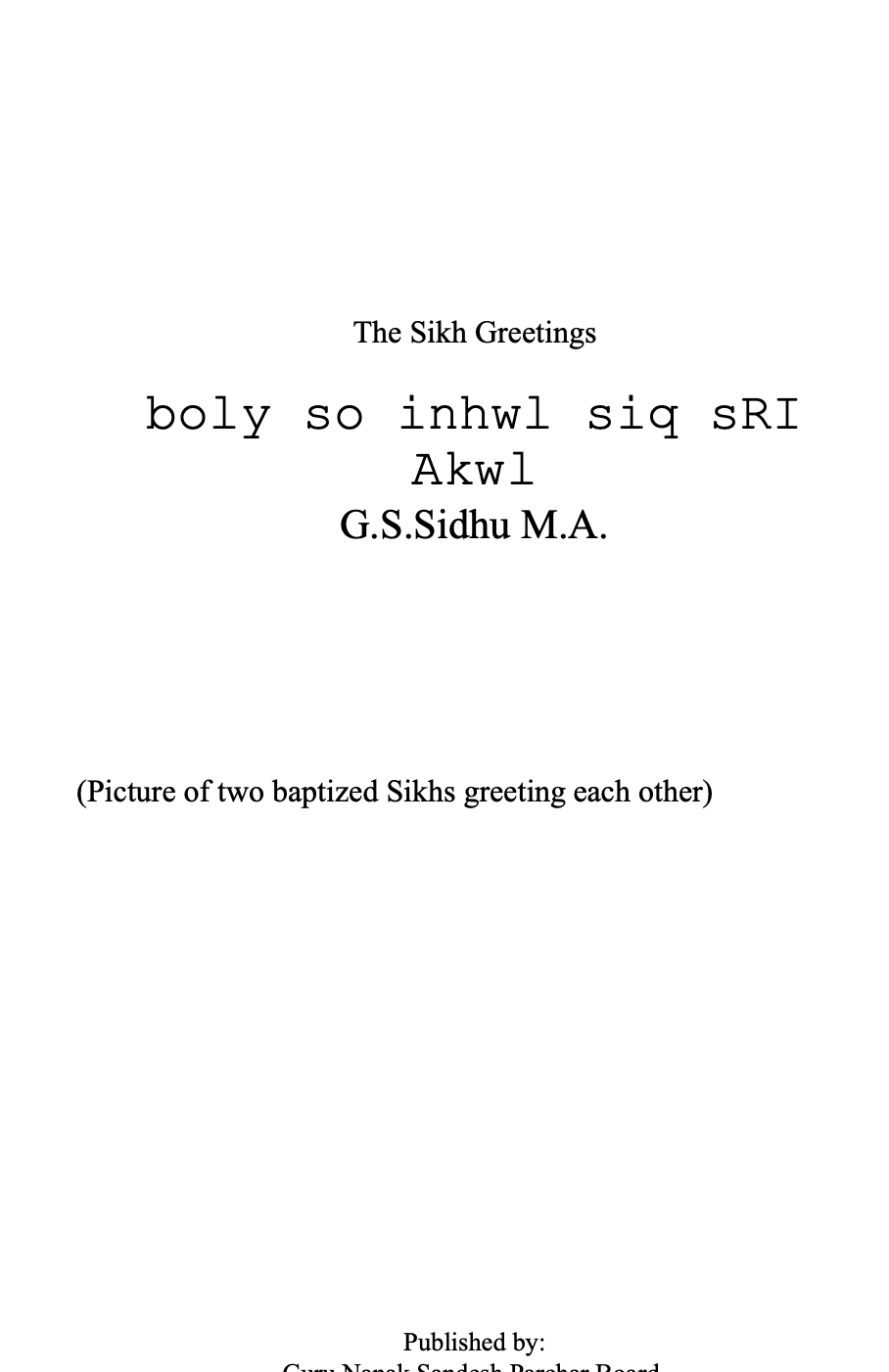 There are three Sikh salutations or greetings. Two of them ‘Sat Sri Akal’ and ‘Waheguru Ji Ka Khalsa, Waheguru Ji Ki Fateh’ are the forms of greeting used when the Sikhs meet each other. Both parties say the same words. The third greeting is called a ‘Jaikara’ (Cheer of victory) which is used in congregation. All three have the same meaning but the ‘Jaikara’ is different in that the first part of it is spoken by one person and the other part is spoken by all the congregation. For example At the end of a congregational prayer a dominant voice shouts, “Jo bole so Nihal” and the congregation responds loudly “Sat Sri Akal”. The ‘Jaikara’, as we shall see later, is not simply a traditional greeting, it is a resolute self-imposed pious duty.

This document may require Gurmukhi fonts installed on your device to display correctly.