Articles from around the globe.

The poet Bhal has written the following verse in praise of Guru Amar Das Ji. Bhal Jee vividly describes Guru Sahib’s virtues, saying that there is no comparison of Maharaj’s virtues.

He states that one can count plants and flowers of the earth and count the waves of the Ganges and so forth, if one were to be blessed by a True Guru. But, He argues the innumerable virtues of Guru Jee cannot be counted, nor can any effective description of His glorious qualities be made.

The raindrops of the clouds, the plants of the earth
and the flowers of the spring cannot be counted.
Who can know the limits of the rays of the sun and the moon,
the waves of the ocean and the Ganges?
With Shiva's meditation and the spiritual wisdom of the True Guru,
says BHALL the poet, these may be counted.
O Guru Amar Daas, Your Glorious Virtues are so sublime;
Your Praises belong only to You. ||1||22||
(Svaiyay M:5, Bhat Bhal, 1396 Sri Guru Granth Sahib Jee

I felt, I had to write this piece as a very small thank you to Guru Sahib for the inspiration and teachings He has imparted to me in my insignificant journey to realise Him and be one with Him.

Let us pause for a moment.  Daily, He walked 6 miles a day between the ages of 61 – 73 years old.  How many of us could or would walk this distance in service of our Guru?  Could any of us walk backwards for even ½ a mile?  Guru Sahibs glory and devotion can inspire us, for we can gain from His example, but quite simply cannot replicate His actions for they are super-human and only possible by Guru Sahib Himself.

After being appointed the Third Guru, Sri Guru Angad Dev Jee’s eldest son – Datu, grew jealous of Sri Guru Amar Das Jee.  Datu came to Goindval Sahib and Sri Guru Amar Das Jee were seated on their throne, Datu came from behind and kicked Guru Sahib in anger, Guru Jee fell to the ground.  In His mystifying humility, Guru Jee begged for forgiveness from Datu, He ran to his aide and started to massage his foot, apologetically saying, “My bones are brittle, I hope I didn’t heart your soft foot.”  Datu left in shame.

After this incident Sri Guru Amar Das Jee became very detached from the world and thought, What is the point of being the Guru, if even Sri Guru Angad Dev Jee’s son has developed hatred towards me.  Thus Guru Jee discreetly slipped out of Goindval to a secluded spot, where they could enjoy some solitary time meditating away from the hustle and bustle of Goindval.

The Sikhs were distraught as they couldn’t find Sri Guru Amar Das Jee and they approached Baba Buddha Jee in their desperation.  Baba Buddha Jee had a boon that they would know where the Guru is at all times, thus the congregation of Sikhs begged Baba Buddha Jee to find Guru Sahib with them.  Baba Buddha Jee knew where Guru Sahib was,  but wanted to hide His spiritual prowess so He said, “Get Guru Sahib’s horse from the stables, the horse will lead us to where Guru Jee is.”  So the congregation started walking after the horse, the horse stopped outside a house at village Basarke, near Amritsar (now about 3 – 5  kilometres from Sri Darbar Sahib).  To the disbelief of the Sikhs there was a sign outside the door of the house stating, “If anyone enters this door, they are no longer my Sikh – Guru Amar Das.”  No Sikh wanted to be disowned by the Guru and the Sikhs were in a fix.  The ever intelligent Baba Buddha Jee said to the Sikhs to get a spade, with which, He started to make a hole in the back wall of the house.  Once the hole was created, He then entered the house through this hole and had the blessed darshan (vision) of Sri Guru Amar Das Jee.  Guru Sahib was overjoyed with this fete and gave a boon that anyone who goes through this San (hole) in the wall will be freed from the cycle of births and deaths.

Today a Gurdwara called San Sahib is built in commemoration to this occurrence, Sikhs first bathe in the Sarovar, read Sri Japji Sahib and then go through the San.  By doing this they fulfil the boon granted by Guru Sahib and are freed from the 8.4 million lives of transmigration and become liberated.

Similarly, at Goindval Sahib – Sri Guru Amar Das Jee built a Baoli (well).  This Baoli Sahib has 84 steps to it, thus to access the water, one must descend 84 steps, again Guru Sahib has given a boon of being freed from transmigration here.  Sikhs do Ishnaan in the Baoli Sahib then recite Sri Japji Sahib at the first step and then do Ishnaan again and recite Sri Japji Sahib at the second step, in this manner if all 84 steps are completed (in a continuous manner, with no breaks) – then the Sikh is blessed with liberation from the 8.4 million lives of transmigration.  This is the power of Gurbani and boons from the Guru’s.

Now cynics may think - how is this possible?  Isn’t this ritualistic?  Isn’t this a quick fix which Sikhi is against?  I’d argue the contrary, it is about faith in the Guru and the power of the Guru, He can grant any wish.  On reflection, I know of a Gursikh who went to Baoli Sahib to recite the 84 Sri Japji Sahibs.  She started this act of devotion but at the third step she started doubting whether she could really be granted with liberation.  After completing Sri Japji Sahib at the third step she went down the steps to the Baoli and when she immersed herself in the Baoli some of the water of the Baoli trickled into her mouth and it tasted precisely of Amrit that she had been initiated with.  When drinking this Amrit her whole body shook in palpitations of this taste of immortals, she then proceeded to complete the 84 steps with ease and her doubts were dispelled.  We cannot know the depths of the Guru, but if He so wishes, He can grant us glimpses.

Sri Guru Amar Das Jee set up missionary activities by setting up ‘Manji’s’ (seats) or points of preaching across India.  22 such Manjia were set up, these were all led by men.  But the less talked about are the 52 Manjia which were led by women.  Guru Sahib first granted Sikhs with divine knowledge (Braham Gian) and then made them heads of Manjia, to ensure that the teachings of Sikhi flourished.  He also freed women from persecution, stopping the practise of ‘Sati’ where women were obliged to enter the funeral pyre of their husbands.  Guru Sahib would also not grant a presence to women wearing the ‘purda’ or covering their faces, as he saw this as a degrading practise.

This has been an attempt to show a mere glimpse of Guru Sahib, it goes nowhere near showing His true virtues and glory.  We can though, strive to know Guru Sahibs glory and virtues, through our daily recitals of Sri Anand Sahib which is authored by Guru Jee.  Then we may experience the bliss (Anand) that Guru Jee entreats us to realise. 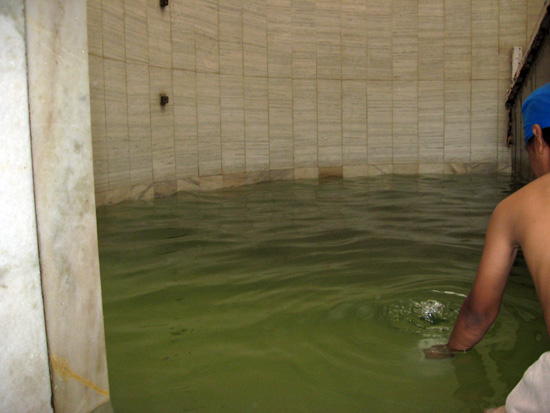 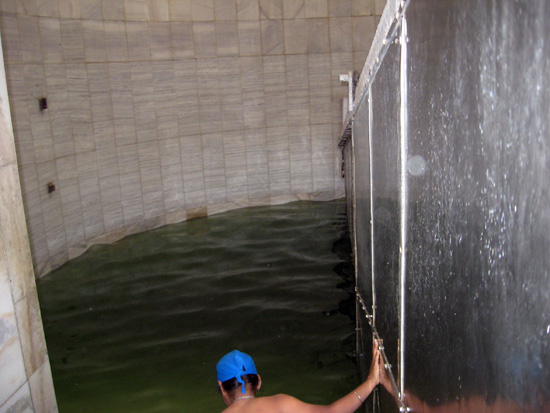 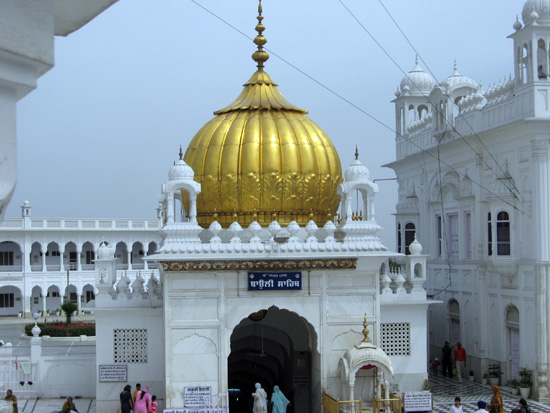 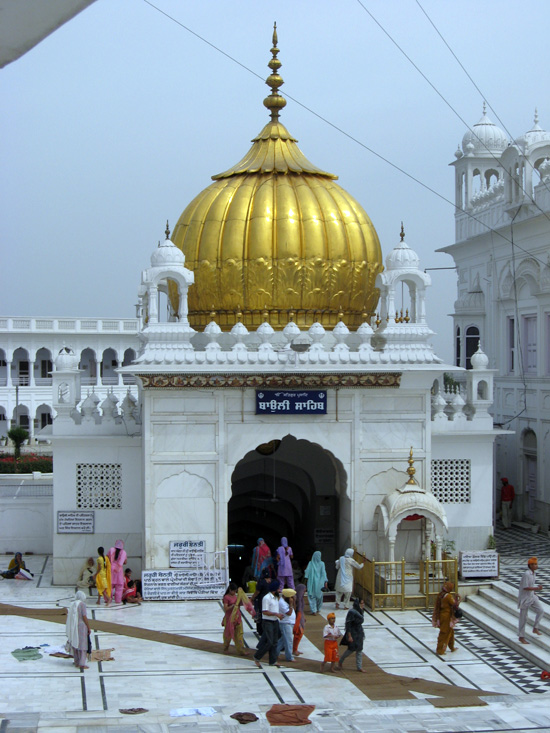 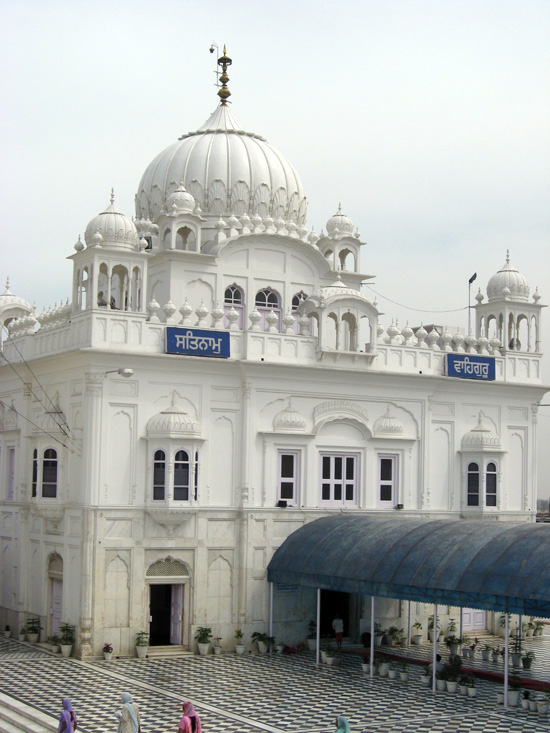 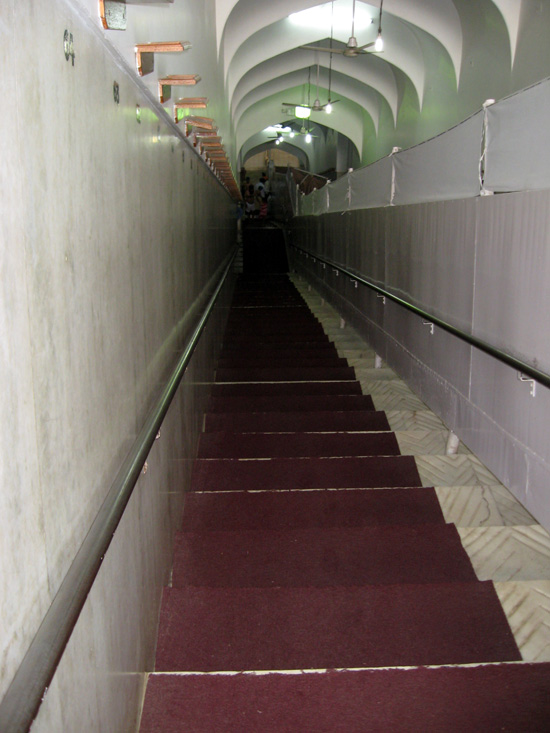